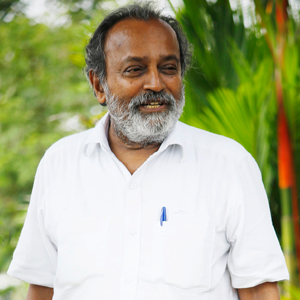 Born as Bhimsingh Lenin is an Indian film editor, writer and director who works in Tamil, Malayalam and Hindi films.

The son of Tamil film maker A. Bhimsingh, he made his debut as an independent editor with Mahendran’s  Uthiripookkal  (1979). From the mid 1980s, Lenin along with  V. T. Vijayan have so far edited over a hundred films in Tamil, Malayalam, Kannada, Telugu and Hindi films, apart from an English film, Eli My Friend.

Lenin has won five National Film Awards, including the awards for Best Direction and Best Editing and numerous State Film awards from Tamil Nadu and Kerala.

He was the chairman of the Film Federation of India of India in 2011. Lenin has held important positions such as the jury member of 57th National Film Awards (2010) and the chairman of Oscar selection committee (of FFI) in 2011. He is also actively engaged in passing on his wisdom to he younger generation at various institutes.