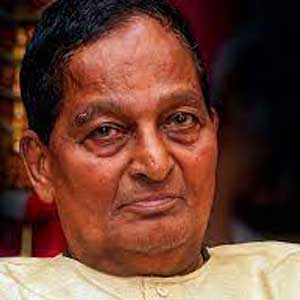 Kalamandalam Gopi, is an Indian dancer who is an exponent of the classical dance-drama style known as Kathakali. He is considered an icon of this dance performance.

Gopi began his career on the Kathakali stage in the 1960s and 1970s. He was appointed as teacher at his alma mater, the Kerala Kalamandalam in 1958, by poet laureate Vallathol Narayana Menon, who had founded the school. He continues teaching in Kalamandalam after his retirement, as a visiting professor..
Gopi has also acted (without Kathakali make-up or costumes) in several Malayalam feature films like Vanaprastham.

Filmmaker Adoor Gopalakrishnan made a documentary film of Gopi, entitled Kalamandalam Gopi. The film was shown at the International Film Festival of India in 2000, as well as at other festivals in India and abroad.

Journalist Meena (Das) Narayan produced and directed a docu-fiction about Gopi. Titled Making of a maestro, the documentary explores the evolution of Nair from childhood onwards.

The Government of India awarded him the civilian honour of Padma Shri in 2009.