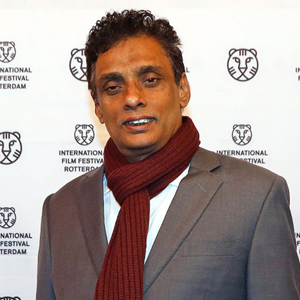 Prasanna Vithanage is a Sri Lankan filmmaker considered one of the pioneers of the third generation of the Sri Lankan cinema. He has directed eight feature films including Death on a Full Moon Day (1997), August Sun (2003), Flowers of the Sky (2008) & With You, Without You (2012).

Prasanna has won many prestigious national and international awards.

He has also been commercially successful in Sri Lanka. He has translated and produced plays by international writers, adapted works of world literature to film.

He has battled against the censorship in Sri Lanka and worked as an educator of cinema who has conducted many Master classes in the subcontinent for young filmmakers and enthusiasts.